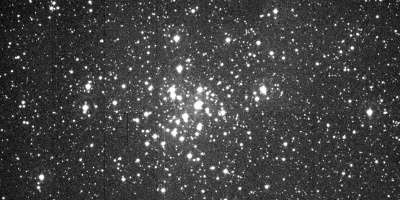 The J-PAS Pathfinder camera of the Javalambre Survey Telescope (JST/T250) received its first light on the night of 20th February, obtaining succesfully an image of the open cluster NGC1960. After the commissioning of the instrument, the Unique Scientific and Technical Infrastructure (ICTS, in their Spanish initials) Observatorio Astrofísico de Javalambre is working at full capacity, operating routinely the two main telescopes with first-level scientific instrumentation.

The first light of a telescope or instrument refers to the moment in which is pointed to the sky and the photons coming from stars or galaxies are collected and registered for the first time. For these observations, the JST/T250 telescope was pointed to the stellar open cluster NGC1960, set up with the configuration in which theoretically it should be focused. Then the mirror cover was opened and the image of the field was taken. "We were very positively surprised when looking at the image. The field was perfectly centered and the image was almost focused", explains Dr. Antonio Marín from CEFCA, responsible of the development of the instrument. "The first light image achieved reflects that the intense theoretical previous work and fine-tuning of the system in the clean room have been excellent”, he remarks.

The J-PAS Pathfinder camera is the first scientific instrument of the JST/T250 telescope. This is an instrument designed by CEFCA and members of the J-PAS collaboration. Its assembly, fine-tuning and verification has been also done completely by CEFCA. This camera will be used to perform the fine-tuning and verification of the actuator system installed in the telescope beforehand the integration of the final camera, JPCam, as well as to carry out the first scientific exploitation of the JST/T250.

With a weight of about 600 Kg, J-PAS Pathfinder has one detector with 85 Megapixels which is exactly the same as those installed in JPCam. The field of view that can be observed with J-PAS Pathfinder is 14 times smaller that of JPCam, but with the same quality image, allowing to do first-level science with the JST/T250. "The J-PAS Pathfinder camera will allow us to develop scientific projects during the next months while we finish the fine-tuning of JPCam in the clean room of the observatory", said Dr. Marín. "We have made a call within the J-PAS collaboration and we will start to do science with the proposals that we will get from the meeting of the collaboration that will take place next month. Meanwhile we will carry out the tests to finish the fine-tuning of the Pathfinder in the telescope after its first light".

The beginning of the operations of J-PAS Pathfinder is a big milestone in the completion of the project of the Observatorio Astrofísico de Javalambre. "From this moment the JST/T250 telescope starts to operate in a routine way. This means that all the systems of the Observatory are already working" said Javier Cenarro, CEFCA's director. "For everybody at CEFCA, this milestone produces a great satisfaction after the efforts and hard work of these years to get this project from the ground successfully. We have constructed from zero and make work in very little time a first-class level observatory. From now on, we start the phase of optimization and full scientific exploitation of the OAJ", he concludes. 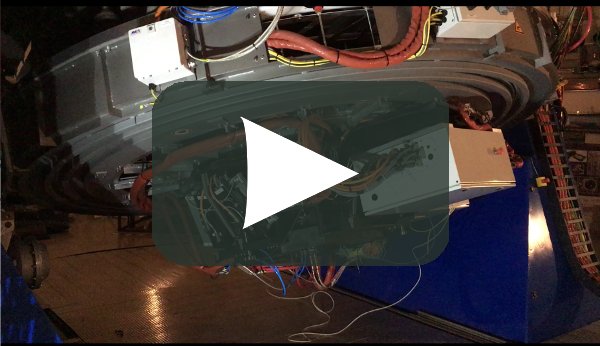