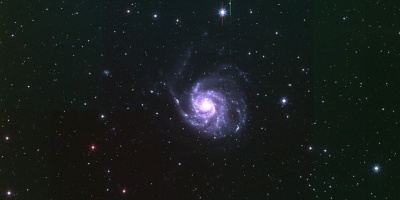 T80Cam, the scientific camera of the JAST/T80 telescope of the Observatorio Astrofísico de Javalambre (CEFCA's observatory), has taken its first image of the Javalambre night sky. This achievement is known as First Light, as this is the first time that light coming from an astronomical object is registered by the T80Cam detector.

The first light image is considered an engineering image as the instrument needs to go through a detailed process of fine tuning and calibration before it is ready to provide scientific quality images. However, being an engineering image it has already demonstrated the high performances provided by T80Cam and JAST/T80 systems (in terms of image quality, field of view and detector quality) as well as the data processing and storage facility at CEFCA (UPAD).